On 1st October 2022, 135 people tragically died, and hundreds were injured at a football match in Indonesia, making it one of the world’s worst sports stadium disasters ever.  The incident took place at the Kanjuruhan stadium in East Java, after the home team, Arema FC, lost to bitter rivals Persebaya Surabaya.

After the final whistle, a few hundred fans invaded the pitch and the police quickly intervened and began firing tear gas onto the pitch and into the stands, with reports of supporters also being beaten.  As panic spread, supporters rushed to the available stadium exits, which resulted in a stampede and quickly turned into a crush, as fans found some exits not open and others too narrow to cope with the surge.

Thankfully, these types of tragic incidents are rare, but every time they happen there is a clear pattern of events and poor decision making which ultimately leads to a catastrophic outcome.  Normally, there is no one specific reason and instead it’s a result of multiple failures and lack of compliance and due diligence that has allowed such an incident to take place.

Whenever an incident of this scale takes place we relate back to, and compare, other similar tragedies such as Lima, Peru in 1964, the 1985 Heysal Stadium in Brussels, Belgium and the 1989 Hillsborough stadium in Sheffield, England, which all resulted in unnecessary loss of life and injury.

Although the exact circumstances and causes of incidents like this are different, the resulting chaos is often caused by a lack of planning, poor organisation, minimal coordination and limited communication.   In the aftermath of the tragedy in Indonesia it became apparent that some fundamental errors were made, which made the situation so much worse.

Lack of medical teams on the ground
The match wasn’t deemed as high risk because away supporters were banned from buying tickets.  For this reason only four paramedics were reportedly on standby inside the football stadium.

The stadium was over capacity
Although no away fan tickets were sold, because of fears of violence, around 42,000 tickets had been sold for the match when the stadium only had capacity for 38,000.

Excessive force from the police
The use of teargas inside the stadium, which is counter to FIFA guidance, caused panic as people rushed to leave and this was seen as one of main causes of the disaster.

Locked gates and insufficient exit routes
It is reported that delays in unlocking stadium gates also contributed to the disaster, according to Indonesia’s national football association. The stadium gates were also reported to be too narrow to cope with the crowd numbers, which made the situation even worse.

Lack of emergency services on the scene
The emergency services, who were located in the vicinity of the stadium, struggled to reach the injured in good time due to the chaotic scenes and heavy traffic in the surrounding streets

Basic health and safety standards not met
Ultimately, the police said the club’s officials had not complied with basic safety requirements, allowing in a larger crowd than the stadium could handle.

The resulting enquiry and findings detailed in a 124 page report provided a list of recommendations and the subsequent police investigation resulted in six people, including police and match organisers, facing criminal charges over the disaster. The suspects included the administrator of the country’s top professional football division, who is responsible for ensuring that stadiums have proper operating certificates. It is alleged the stadium did not meet the requirements for certification and had not been properly verified.  The police and military also independently investigated dozens of their officers in relation to the incident.

Using technology to mitigate against major incidents
Although it’s impossible to completely mitigate against and prevent these types of incidents from happening there are lessons to be learnt and additional safety measures that all venue operators can apply in the future.

The right technology can provide powerful tools needed to help in the initial planning, briefing and compliance to assist the organisers and operational teams to effectively plan for probable scenarios and eventualities.   It can assist key stakeholders to coordinate more effectively, ensure seamless event day execution with direct and real time information.

Technology like VenuePro can help to prevent such incidents happening in the first place through the creation of digitised processes and procedures, risk assessments and auditable compliance checks, which makes it harder to make the type of mistakes and oversights that results in tragic events such as those that took place in Indonesia.

It can also be an effective way to mitigate against the worst possible outcomes by ensuring efficient and effective communication, which can ensure robust command and control room coordination of team members on the ground, alongside the emergency services.

The Incident & Investigation Management Module is a powerful tool to allow venue operators and event organisers the ability to quickly and efficiently respond to fast moving incidents and ensure all data and intelligence is collected in real time and stored in one place.  It means that post-incident briefings and reports are easily accessible by all stakeholders and authorities and compliance audits can be provided if required to show evidence of steps taken to mitigate against potentially tragic events.

The resulting intelligence and audit of historical practices and detailed reports can quickly help to identify the root causes of the failure and what actions need to be implemented to prevent such incidents in the future.

Historical compliance and audit related data also helps to show steps that have been taken and were in place to mitigate against disaster, which are useful for the authorities and insurance companies as part of investigations and resulting outcomes.

Unfortunately, it is likely that the tragedy in Indonesia won’t be the last of its kind.  But with new venue and event management technologies and continued improvements in stadium safety, helping to reduce risks and mitigate against such incidents, we can hope that they become even rarer. And if they do happen then the potential tragic outcomes are diminished as much as possible.

With regards to the Indonesian authorities, it has been reported that the Kanjuruhan stadium in Malang will be rebuilt according to safety standards set by FIFA and President Widodo announced that the country must “thoroughly transform” how it manages the sport. Indonesia is set to host the 2023 under-20 World Cup, and have agreed to form a joint task force ahead of the event to ensure fans attending the tournament can do so in a safe and secure environment. 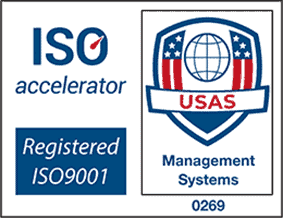 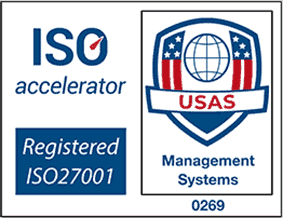 Get everything you need to succeed!

This website uses cookies to improve your experience while you navigate through the website. Out of these cookies, the cookies that are categorized as necessary are stored on your browser as they are essential for the working of basic functionalities of the website. We also use third-party cookies that help us analyze and understand how you use this website. These cookies will be stored in your browser only with your consent. You also have the option to opt-out of these cookies. But opting out of some of these cookies may have an effect on your browsing experience.
Necessary Always Enabled
Necessary cookies are absolutely essential for the website to function properly. This category only includes cookies that ensures basic functionalities and security features of the website. These cookies do not store any personal information.
Non-necessary
Any cookies that may not be particularly necessary for the website to function and is used specifically to collect user personal data via analytics, ads, other embedded contents are termed as non-necessary cookies. It is mandatory to procure user consent prior to running these cookies on your website.
SAVE & ACCEPT

Get in touch to discuss your event and venue management requirements.